Skip to the content
Zonta Club of the Conejo Valley Area

Empowering women through service and advocacy

Wednesday, October 14, 2020: Club members and 4 guests gathered (socially-distanced in an outside, backyard setting) to watch and discuss the documentary “Knots: A Forced Marriage Story”. The film follows the story of three young women who were forced into marriage when they were an underage child. Sadly, this occurred and still does today in the United States. A discussion with the director and film subjects followed the viewing. Truly an eye-opening and important film to see! 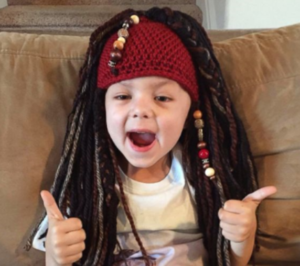 Saturday, JANUARY 11, 2020: Club members and friends will be gathering to make Magic Yarn Project wigs for pediatric cancer patients. These playful wigs help bring magic into the lives of children battling cancer and inspire volunteerism to make a difference. Since chemotherapy treatments often leave young scalps too sensitive for traditional wigs, these yarn wigs are comfy, soft, and warm! Magic Yarn wigs are inspired by beloved Disney characters and Super-heros, and invite children back to the world of imagination and daydreaming. They are beacons of fun, laughter, and play during scary times. JOIN US! Call Karen @ 805-216-2235 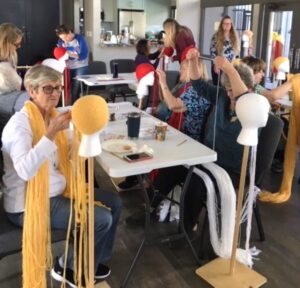 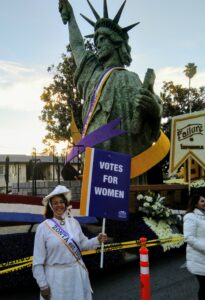 Wednesday, JANUARY 1, 2020: The club donated $1,000 to celebrate Zonta’s 100 year anniversary (1919-2019) and the 100 year anniversary of women’s right to vote in the United States (1920-2020). With the donation, club member Karen Fraser walked as part of the 2020 Rose Parade “theme-award” winning float commemorating women’s suffrage. Dressed in turn of the century attire, Karen joined 99 other women in the 5.5 mile long parade in Pasadena, CA. 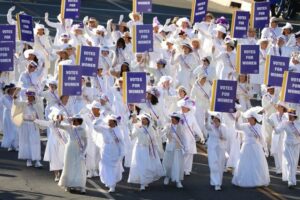 Tuesday, December 17, 2019 – Club members met to celebrate the holidays and friendship by putting together 25 gift bags for the Lighthouse Women’s Shelter followed with a hibachi-style dinner. The gift bags contained an assortment of personnal, skin, nail & beauty care items as well as chocolates and warm fuzzy socks. Members Tricia and Karen had fun delivering the gifts and took a tour of the Oxnard facility. 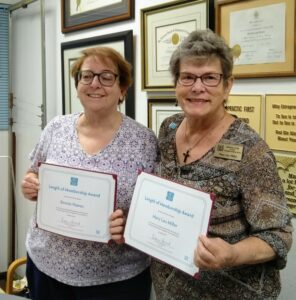 October 15, 2019 – The Club celebrated 2 members’ milestone anniversaries. Mary Lou Miller has been a club member for 35 years; Bonnie Hames has been a member for 10 years. Congratulations! 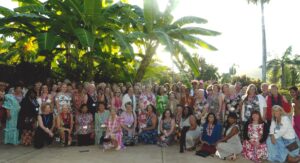 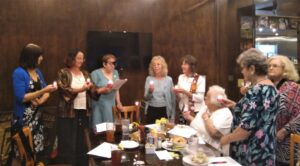 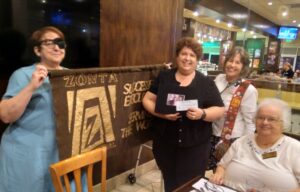 © 2021 Zonta Club of the Conejo Valley Area — Powered by WordPress

Theme by Anders Noren — Up ↑