Skip to the content
Zonta Club of the Conejo Valley Area

Empowering women through service and advocacy

Zonta International is a global organization of nearly 30,000 members in 1,200 Zonta clubs in 66 countries. As we prepare to celebrate our 101st anniversary (2020), we look back on some of the most significant milestones in our rich history of empowering women worldwide through service and advocacy.

1920 – Zonta colors and emblem are adopted and the first issue of The Zontian is published.

1923 – The first international project is funded to care for 115,000 orphan children and women in Smyrna, Turkey.

1927 – The first club outside the US is formed in Toronto, Canada.

1930 – “Zonta International” name is adopted as the first European club is established in Vienna, Austria.

1938 – The Amelia Earhart Fellowship is established in honor of the Zontian after her disappearance in 1937.

1948 – The first Z and Golden Z clubs are founded in Burbank, California, USA.

1968 –  Zonta International elects Helvi Sipilä as the first International President outside of the US. Contributions reach 1 million USD.

1983 – Zonta is granted consultative status with the Council of Europe

1990 – The Young Women in Public Affairs Award is established.

2012 – Zonta Says NO to Violence Against Women annual campaign launches

2019 – The Women In Technology Scholarship is established. 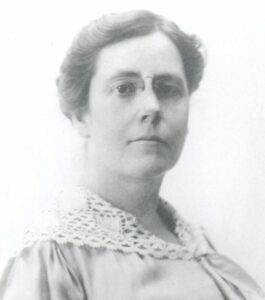 Who was Marian de Forest? Born on February 27, 1864, she suffered a childhood eye injury that made early education difficult, but she persevered and graduated from Buffalo (NY) Seminary in 1884. She began her career as a newspaper reporter (one of very few women at the time) becoming editor of the women’s department and later city editor. She was also a playwright, beginning with an adaptation of Louisa May Alcott’s Little Women in 1911; and was active in the music, establishing the Buffalo Musical Foundation and later the Buffalo Philharmonic. She was on the board of the Buffalo Public Library and its first female trustee.

In September 1919, Marian and other members of the Buffalo Quota Club withdrew from that organization to form a group of 115 women devoted to the advancement of business and professional interests of the women of Buffalo. They continued organizational work forming clubs in nearby cities. By November of that year, they were able to form the Confederation of Zonta Clubs with nine clubs and 600 members. Marian was 55 years old.

Shortly after the founding she wrote, “This is the woman’s age and in distant lands and foreign climes women of all nations are rallying to the call..Zonta is given the opportunity of uniting them into one great, glorious whole.”

On February 6, 1935, during her long illness, she presented a signed photo to the members of her club inscribed “To my Zontians who will carry on.” She passed away only 11 days later, shortly before her 71st birthday.

© 2022 Zonta Club of the Conejo Valley Area — Powered by WordPress

Theme by Anders Noren — Up ↑